Eight initial investors have raised US$625 million of the targeted $1 billion which will assist in addressing Africa’s critical shortage of equity investment in basic infrastructure. The PAIDF provides an investment opportunity for investors seeking exposure to infrastructure across the African continent. This forms part of efforts to achieve the Millennium Development Goals set out in the United Nations Millennium Declaration in September 2000, as well as to eradicate poverty and develop global partnerships for development.

“The PAIDF aims to create a financing platform for infrastructure development that will accelerate Africa’s growth to its target of a sustainable 7% per annum,” says PAIDF CEO Tshepo Mahloele. He says a key factor of the PAIDF’s investment focus will be cross-border projects resulting in greater regional co-operation and trade.

The PAIDF will provide long-term equity financing and other forms of investment – quasi equity, structured finance and high yielding debt, which will allow the fund to make above average returns on capital – will be considered. The fund will invest in regional infrastructure developments across the African continent with particular focus on energy, transport, telecommunication and water and sanitation.

In addition, the PAIDF will be a useful vehicle for pension funds as it has a long-term investment horizon of 15 years, presenting an opportunity to match pension fund liabilities. The bulk of public pension funds invested in European and American instruments will be used to underpin infrastructural growth, boost development and stop Africa from continuing as a net exporter of capital through investments and debt repayments. The continental nature of the fund will address the challenges faced by some national funds whose domestic markets are too small for them to invest nationally as they cannot cope with those volumes of capital. It will also address the challenge of countries with huge infrastructural projects, but without enough capital to finance them.

The fund will target investments that can generate cash flow as well as long-term capital appreciation for its investors. The initial investors are the South Africa’s Public Investment Corporation on behalf of the Government Employees Pension Fund, Development Bank of Southern Africa, ABSA Bank, Old Mutual, African Development Bank, the Standard Bank Development Group, Liberty Life, Ghana’s Social Security and National Insurance Fund and Metropolitan. Mahloele has confirmed that other private investors are expected to confirm their commitment during the course of 2007. Roadshows for the international capital raising will commence in August 2007.

Mahloele says the theme of the AU Summit, Grand Debate on the Union Government, links in with the PAIDF and its commitment to ensuring Africa begins to deal with its own issues, eliminates its dependency on aid and boosts development of the continent’s economy.

Update on Harith Advisory Services and the PetroSA mandate 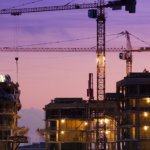 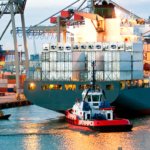