The Pan African Infrastructure Development Fund (PAIDF), created to raise funding for regional infrastructure on the continent, has opened its doors to international investors and is starting a second funding round. The fund, which achieved its first close with $625m in commitments from African investors, was anchored by a $250m commitment initiated by the Government Employees Pension Fund, with the balance of funds from other African institutions.

Among the private and public sector investors that supported the PAIDF in its first round were the Development Bank of Southern Africa, the African Development Bank, ABSA, African Pension Funds, South African banks and institutional investors. PIC initiated the PAIDF from the conviction that Africa’s shortage of infrastructure represented an attractive investment opportunity that could be harnessed to the benefit of the continent and its clients. PIC is a major shareholder in the management company being established to manage the fund.

After its official launch in July 2007 in Ghana, at the African Union Heads of State summit, the fund entered a new phase. PAIDF chief executive Tshepo Mahloele said that in the next 12 months the fund would focus on international investors in the US, Europe and the Far East. The PAIDF supports the notion of Africa solving its own problems. “We first wanted to get African capital committed to the fund before getting international commitment,” said Mahloele.

Some potential investors from Africa in the first round had been prohibited from investing due to the regulatory environment of their countries. “We hope that in the second tranche more African countries will come in. Some are working to overcome legislative obstacles. Our goal is to raise a minimum of $375m to get a total fund of $1bn 12 months from now.”

The fund has been structured to provide long term equity financing over 15 years for commercially viable, regional infrastructure. Mahloele said the fund was actively looking at two toll road projects in West Africa and in East Africa, an energy project in Ghana and telecom infrastructure in the Southern African Development Community (SADC) region.

“The fund now has a pipeline of at least 21 potential projects which  it hopes to invest in over the next seven years. These include energy, transport, telecommunications, water and sanitation. We expect to invest in at least one or two of these transactions in the next 12 months,” said Mahloele. 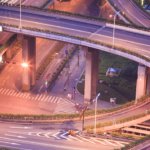 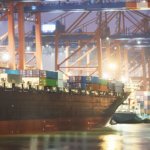