JOHANNESURG: Harith General Partners (“Harith” or “the Company”) welcomes the Supreme Court of Appeal’s decision to dismiss United Democratic Movement (UDM) and President Bantu Holomisa’s appeal – with costs for two counsel – against a ruling from the North Gauteng High Court regarding false and defamatory comments he made about the Company.

After substantial consideration was had, before a five-Judge bench, to the sections of the Constitution that were raised together with argument around the interests of justice in the matter, the Supreme Court of Appeal ultimately found that the case launched by Mr. Holomisa and the UDM was not appealable.

Harith CEO Sipho Makhubela said: “We are elated about this legal victory and feel strongly vindicated against the sustained fishing expedition sponsored by Mr Holomisa. From day one when Mr Holomisa made spurious allegations against us, we told our stakeholders that he was factually wrong, and his allegations were unfounded and malicious.

“We therefore welcome the Supreme Court of Appeal’s decision to strike Mr Holomisa’s appeal, with costs. As communicated previously, Harith will continue to take all necessary steps to defend its reputation. This victory paves the way for us to complete our defamation and damages action, which is still pending against Mr Holomisa and the UDM.

“We look forward to concluding this chapter so that we can focus on our work of investing in pan African infrastructure development unimpeded by politicians. To that extent, I would like to thank all our stakeholders for their unwavering support and understanding during this period.”

Harith still believes that the statements made by the UDM and General Holomisa are part of their political campaign and are made with a complete disregard to the negative effect that the statements have on the business of Harith as well as its stakeholders and employees.

Background to the case

Holomisa and the UDM were granted leave to appeal to the Supreme Court of Appeal, following Harith and its co-applicants’ successful application for an interim interdict against Holomisa and the UDM to “cease” and “desist” from making defamatory remarks, which was granted by the North Gauteng High Court on 16 July 2018.

Harith was one of seven applicants that lodged an urgent High Court interdict application against the UDM and Holomisa after various defamatory statements had been published on their website and social media platforms.

Harith, together with its co-applicants, argued that the allegations and statements published by the UDM and Holomisa were false and defamatory.

Pretoria High Court Judge Vivian Tlhapi ruled that the UDM and Holomisa be interdicted from making or repeating any such allegations (whether orally or in writing) against Harith and its co-applicants and/or from defaming or injuring them in their dignity.

Harith is a private financial institution, and one of the largest investors in African infrastructure.

We conduct our business to the highest corporate governance standards, and we are prepared to take stringent legal action to defend our reputation where necessary. 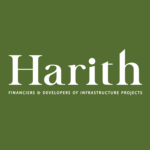 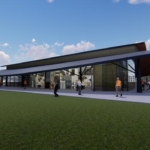 Harith to unlock intra-African trade with investment in Beitbridge, Southern...
Scroll to top
Our website safely and securely uses Cookies to give you the most relevant experience by remembering your preferences and repeat visits. By clicking “Accept”, you consent to the use of ALL the cookies.
Cookie settingsAccept
Manage consent